Before i start – I have no relation with any political party. Whatever i have written in this blog is all what i have experienced during a Facebook Campaign which i ran for a movie called “Chauthi Koot – The Fourth Direction”. Movie was solely based on the situation of Punjab in 1980’s before the 1984 riots being a serious topic it might not be a easy watch for everyone. Having said that the movie has already won 5 awards. But this blog is not about the movie but the surprising learning i got from this campaign.

Story – It all started with the movie trailer promo on facebook. We uploaded the official trailer of the movie on its Official Page. Then i started two campaigns –

Campaign 1 – This was a location based campaign in which our target audience was locations of theatres in which movie will release. That includes all major cities of punjab like Chandigarh, Ludhiana etc., people who are 18+ & other necessary parameters.

After running the first campaign which was going great i thought about giving a new try.

Campaign 2 – In this campaign our target audience was people who support AAP Party(Yes, there is a filter in Facebook through which you can target particular audience which supports or like some pages). Areas included was same as previous campaign & people who are 18+.

Below are the screenshots of results after the campaign ended. 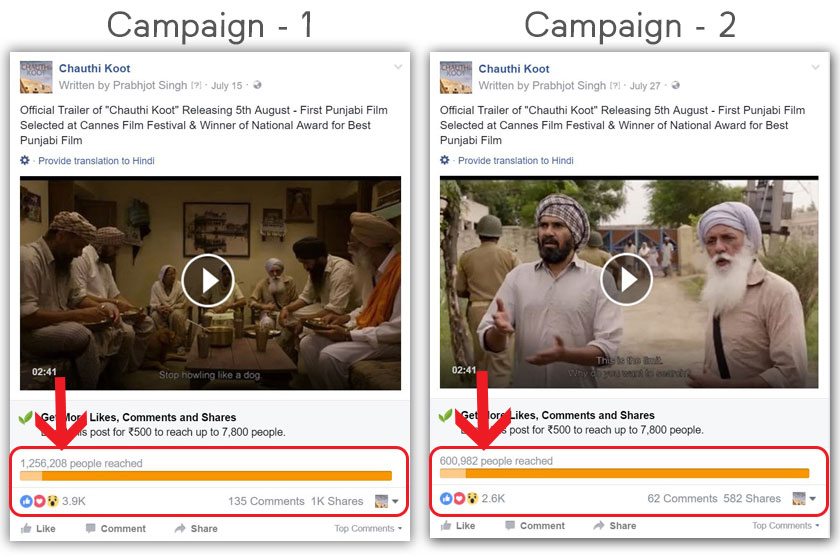 By looking at the numbers of Post Reach you will say Campaign – 1 was more successful which has around 12L People Reach & has almost double the numbers of what Campaign 2 has received which is around 6L.

We all can agree on one point, that people like to watch Action/Funny/Romantic movies. If you take a look at the earnings, movies with serious topics always earn less than Action/Funny/Romantic movies. Movies on serious topics are seen by people who somehow able to relate themselves with that situations or people who are conscious about that topic & they want to bring some change.

Even if you look at the comments section you will see the difference. Below is the screenshot of some of the best comments we received on both campaign. 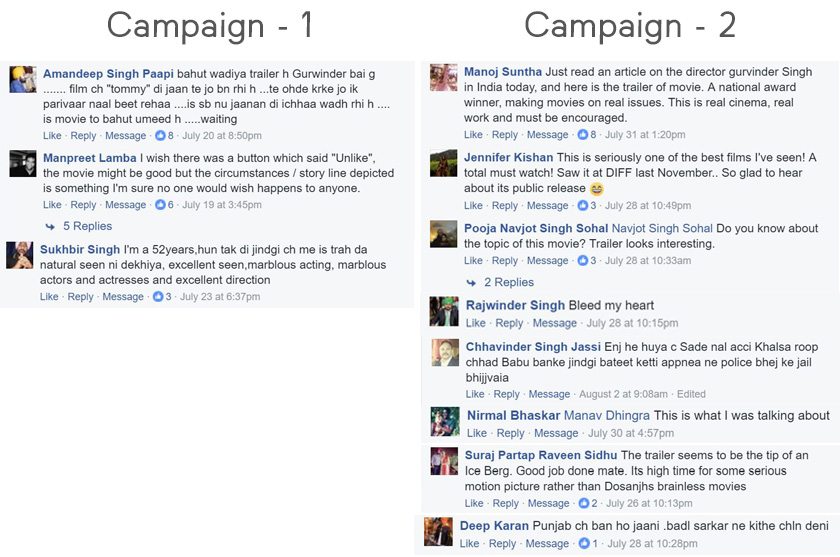 On Campaign – 1 we received only 2 good comments but on the other hand Campaign – 2 was loaded with a lot of good comments. It’s not like the movie was promoted or supported by AAP but the mentality of the people who support the party – in other words the desire to bring the change.

One comment that described the current situation in punjab was –

Since i am also from Punjab, i can relate this comment to the current situation.

If we follow political parties by there name then it would have supported by Akali Dal which is currently in power from last 9 years but on the other hand comments tells a different story.

Learning from this Campaign –

At the end of the day it’s not about political party or their name. It’s all about their agenda & what they are trying to achieve. Nowadays more people are following parties which supports their cause rather than blindly following family traditions. 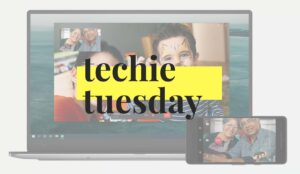 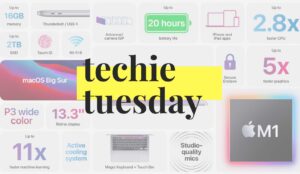 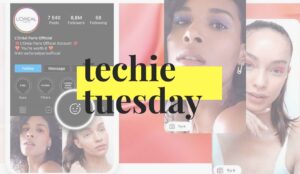 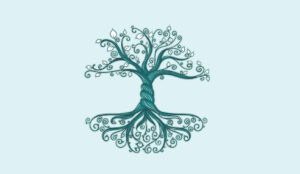